A big Thank you to EVERYONE who has pledged and has enabled us to make our debut album! 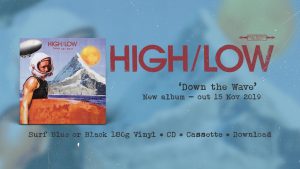